Linksys was founded in 1988 by the couple Victor and Janie Tsao, both Taiwanese immigrants to the United States. The company was purchased by Cisco in 2003, and sold to Belkin in 2013.[2][3] Belkin was acquired by Foxconn in 2018.[4]

Linksys products are sold to consumers off-the-shelf from consumer electronics stores, Internet retailers, and big-box retail stores such as supermarkets. Significant competitors in the home and small business networking market segment include D-Link, TP-Link, and Netgear.

In 1988, the married couple Janie and Victor Tsao founded DEW International, later renamed Linksys, in the garage of their Irvine, California home. The founders were immigrants from Taiwan who held second jobs as consultants specializing in pairing American technology vendors with manufacturers in Taiwan.[5] The company's first products were printer sharers that connected multiple PCs to printers. From this, it expanded into Ethernet hubs, network cards, and cords. By 1994, it had grown to 55 employees with annual revenues of $6.5 million.[5]

The company received a major boost in 1995, when Microsoft released Windows 95 with built-in networking functions that expanded the market for its products. Linksys established its first U.S. retail channels with Fry's Electronics (1995) and Best Buy (1996).[6]In 1999, the company announced the first Fast Ethernet PCMCIA Card for notebook PCs. In 2000, it introduced the first 8-port router with SNMP and QoS, and in 2001 it shipped its millionth cable/DSL router.[6] By 2003, when the company was acquired by Cisco, it had 305 employees and revenues of more than $500 million.[5] That was also the sum paid by Cisco for the company.[7]

Cisco announced in January 2013 that it would sell its home networking division and Linksys to Belkin, giving Belkin 30% of the home router market. Belkin pledged to continue support and honor warranties for existing Linksys products.[11]

In 2018, Belkin was acquired by Foxconn, a Taiwanese multinational electronics firm, for $866 million.[12] 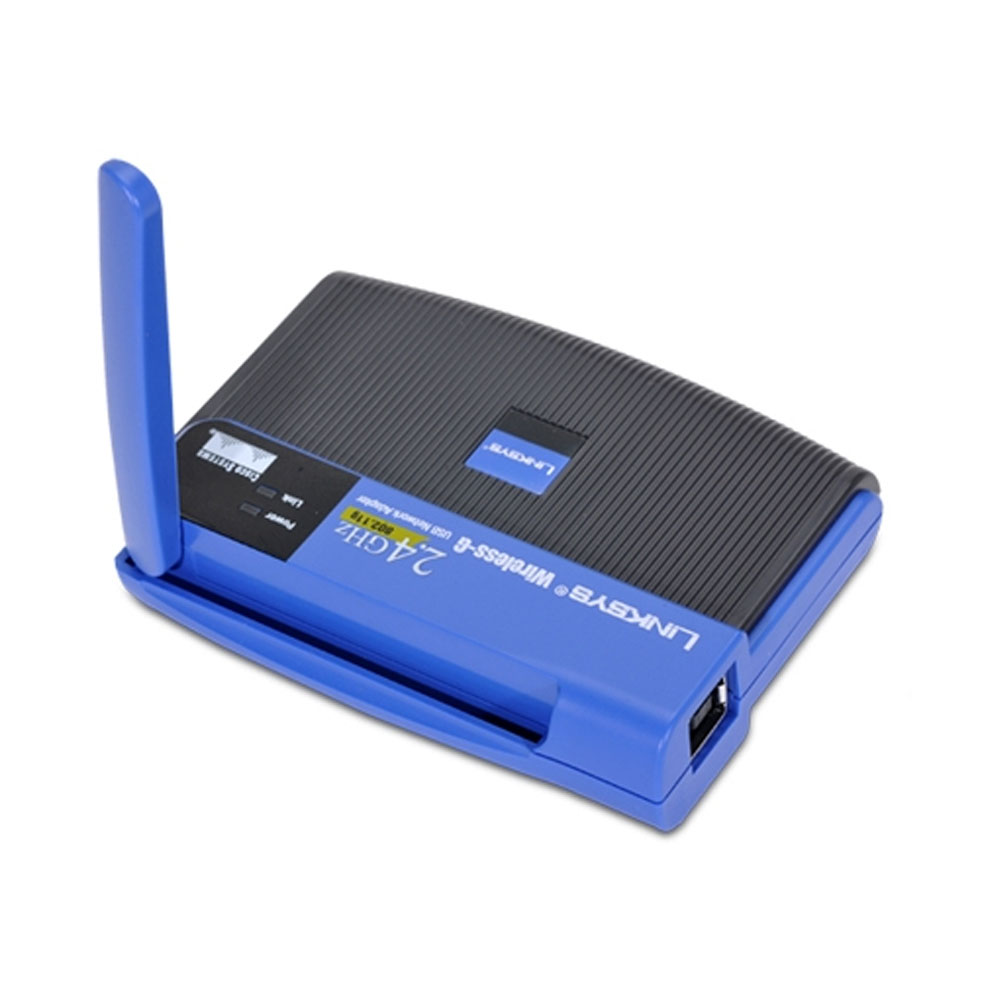 The NSLU2 is a network attached storage device with 8 MB of flash memory, 32MB of SDRAM, a 100 Mbit/s Ethernet port, and two USB ports. The NSLU2 was discontinued in 2008. The NAS200 added SATA ports.

The Media Hub 300 and 400 series are network attached storage devices that allow users to share digital media across a network. Once the Media Hub is connected to the network, it searches for media content residing within the network and aggregates it into one centralized location, including all UPnP devices found. The Built-in Media Reader can directly import photos from compact Flash devices, SD cards and memory sticks without the need of a computer. Memory capacity options are 500GB or 1TB, with an extra empty bay.

The Media Hub's GUI gives a holistic view of the media located on the network regardless of where the actual file is located. Albums are consolidated, artwork, track numbers, and other metadata are downloaded, and all information can be sorted by a variety of different criteria. Automated backup software that helps preserve the data through continuous storage backup.